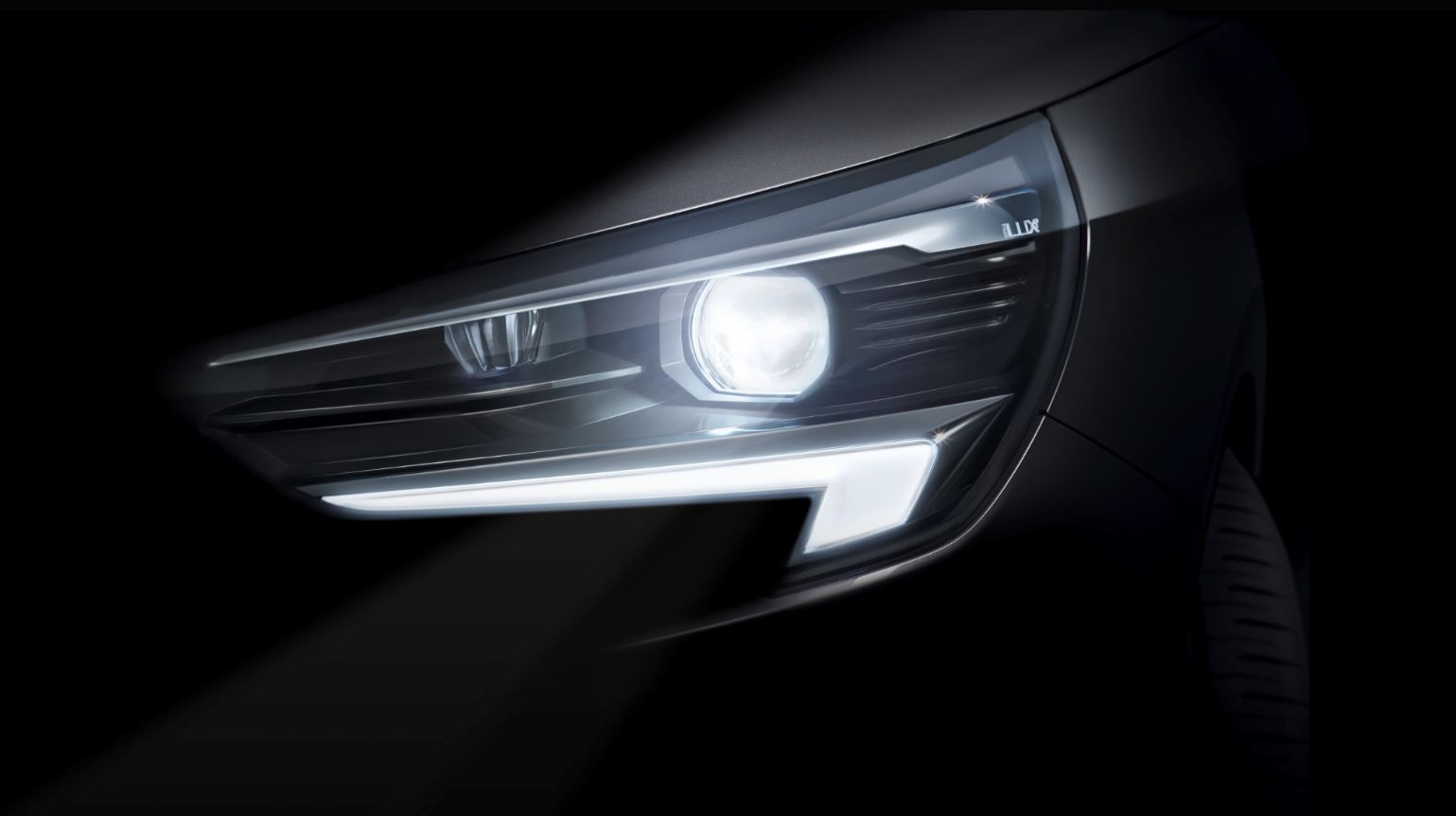 Vauxhall has released a teaser image of the all-new Corsa, featuring its revolutionary IntelliLux LED headlights, which will be a segment first.

The fourth-generation Corsa will take EV motoring into the mainstream with a battery electric model in the range for the first time, as well as internal combustion engine variants.

The Corsa will be the first car in its class to feature adaptive, glare-free full-LED headlights. Previously seen on Astra and Insignia, Vauxhall’s glare-free lighting called IntelliLux LED Matrix is technology usually found in premium cars.

The headlights automatically and continuously adapt to the prevailing traffic conditions. Approaching traffic and vehicles being followed are “cut out” of the illuminated area. Glare is minimised and drivers can enjoy optimum visibility.

“As a British Brand since 1903, in fact, Britain’s oldest car Brand, Vauxhall has always been known for bringing cutting-edge technology to the mainstream, at an affordable price,” said Stephen Norman, Vauxhall’s group managing director. “And with the all-new Corsa, we’re doing it not once, but twice, by electrifying the UK’s best-known supermini, and adding lighting technology normally only found in premium cars.”